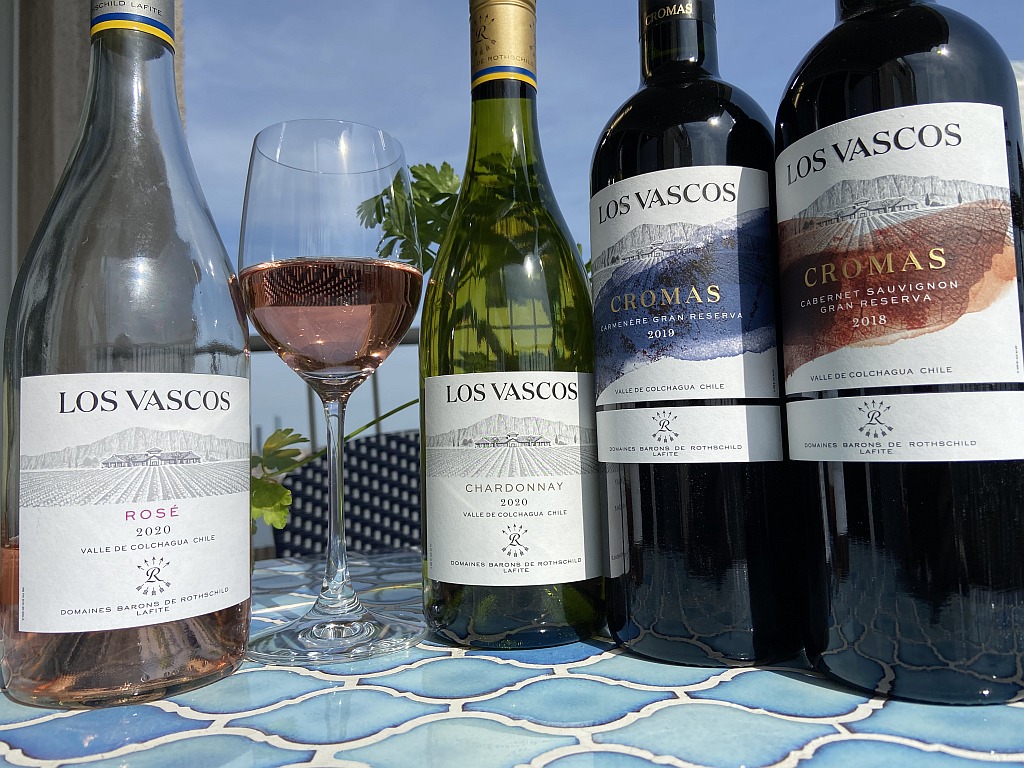 Many wine consumers think Chile is new to the wine world, in part, because the wines are relatively new to a global market, and because in wine-speak, it falls in the “New World” wine category. But, in fact, its wine history dates to the 16th century when Spanish conquistadors brought Vitis vinifera vines as they colonized the region. Later, French producers arrived, bringing with them the Bordeaux wine varieties—cabernets sauvignon and franc, merlot and carmenère. Today that influence is still very much present.

One of the country’s historic wine producers is the Eyzaguirre-Echenique family, who planted vineyards in the Colchagua Valley around 1765 using French varieties, though not French themselves.

In 1988, Les Domaines Barons de Rothschild, the umbrella group of wineries owned by Chateau Lafite-Rothschild, purchased the Eyzaguirre-Echenique estate vineyards, creating Vina Los Vascos. I thought of the transaction as the wine version of the Good Housekeeping “Seal of Approval” for Chilean terroir.

Recently, I tasted a selection of the newest vintage, including the first Los Vascos Cromas-labeled wines.

The 2020 Los Vascos Rose Valle de Colchagua’s faint-orange color is matched with subtle floral and orange aromas. Its light body, refreshing acidity, and very tasty strawberry and orange flavors will lead many to sip this rose while on a waterside lounge chair, or sitting on the patio. I found it ideal with sautéed chicken tenders seasoned with smoked paprika. 88 points. An incredible bargain at $10 to $14 makes it your spring and summer go-to rose.

The 2020 Los Vascos Chardonnay Valle de Colchagua was born in a dry, frost free winter and hot summer. The warmer climate brought pineapple and white pepper aromas, and pineapple is at the fore of bright fruit flavors. Its pleasing balance of fruit and acidity delivers a long finish. 90 points. Retail prices range from an amazingly low $9 to $16. I cannot recall another chardonnay so well-made and reasonably priced.

Once upon a time, carmenère was plentiful in Bordeaux. After phylloxera destroyed Bordeaux’s vineyards in the late 1800s, the grape was not replanted. Meanwhile, grape cuttings brought to Chile before the disease were believed to be merlot. It took another century before the grape was confirmed to be carmenère. Today, that grape’s identity is linked with Chilean red wine.

So there is a full-circle aspect to the Domaines Barons de Rothschild (Lafite) producing the 2019 Los Vascos Cromas Carmenere Gran Reserva Valle de Colchagua. Cromas, which means color in Greek, is the newest creation at Los Vascos.

The Cromas carmenère’s lively black-fruit character is carried on velvety tannins that reflect the hot growing season—and the grape’s potential to be confused with merlot. But cool nights brought balancing acidity. The intense blackberry and black-cherry flavors glide on the palate underlaid with an herbal accent—a marker of carmenère—to a long, pleasing finish. 91 points.  Retail price is approximately $20.

The 2018 Los Vascos Cromas Cabernet Sauvignon Gran Reserva Valle de Colchagua blends 10% syrah and 5% carmenère. Using the latter as a blending grape with cabernet sauvignon was the method in Bordeaux prior to the grape’s demise.

In 2018, the growing season’s average winter rainfall and mild summer temperatures allowed the grapes to ripen gradually, and a dry harvest delivered healthy, fully ripened fruit. Winemaker Maximiliano Correa restricted the oak barrel aging preserving the juicy blackberry, black-cherry aromas and flavors that glide on soft tannins with a trickle of herbaceousness in the finish. 88 points. Retail prices range from $17 to $22.

It took a decade or so for the Lafite-Rothschild team to understand the terroir of its Chilean estate, but by the early 2000s it was offering consumers well-made wines at a fraction of its French bottling prices. These most recent wines illustrate it continues that history.