Two Spanish reds to delight, one to puzzle over

Home→Ribera del Duero, Spain→Two Spanish reds to delight, one to puzzle over
Previous Next

Two Spanish reds to delight, one to puzzle over

Second in a three-part series on Ribera del Duero

In 1982, Spain created the Ribera del Duero appellation with only eight wineries. An area formerly dominated by wine cooperatives, the region exploded in new wineries, including the excellent Vina Sastre.

In 1992, Rafael Sastre and his two sons, Pedro and Jesus, decided to stop just selling their grapes and begin making commercial wines. They had the advantage of owning vineyards with vines ranging up to 80 years old, allowing Vina Sastre to offer consumers wines with greater complexity than those from many of the region’s new wineries.

A decade later, Jesus assumed responsibility for the winery when Pedro died in a car accident. Jesus Sastre has embraced organic and biodynamic viticulture. He avoids insecticides and other chemicals, and employs natural winemaking methods, from starting fermentation with the natural yeast on the grape’s skin to rejecting filtration for the wine. But natural doesn’t mean antiquated; Sastre has modern stainless-steel temperature-controlled fermentation tanks, new oak barrels, and up-to-date winemaking techniques.

During my visit, I tasted all the Vina Sastre wines, and back home, I retasted the three that are in our market.

2009 Roble is Vina Sastre’s youngest wine, called joven, and is made from vines that are 15 to 20 years old, an age some wineries use for crianza or riserva wines, which also are aged longer.

The 2009 Roble Vina Sastre was aged eight months in a mix of 2-year-old French and American oak barrels. At both tastings, the wine had very pleasant fruit aroma and black cherry and cranberry-like flavors. The tannins are soft and the acidity balanced with the ripe fruit. This is a delightful glass of wine.

2008 Crianza is made from vines 20 to 65 years old and aged 14 months in a mix of French and American oak barrels, 60 percent new and 40 percent a year old. Poured from the bottle, this wine is dominated by new oak aromas and flavors, but when I decanted the bottle, the black cherry flavors and acidity came to the fore, giving the wine balance and appeal.

The 2008 vintage did not meet Sastre’s standards for reserva or gran reserva wine, so the best fruit of the harvest is in the crianza.

The 1999 Pago de Santa Cruz Gran Reserva was my favorite wine at the winery tasting and the most puzzling wine at home. Pago de Santa Cruz is Vina Sastre’s best vineyard, home to vines at least 65 years old. The wine is aged for 30 months in 2-year-old barrels divided equally between French and American oak.

At the winery, the 1999 Pago de Santa Cruz Gran Reserva was decanted for about 2 hours prior to my tasting. It had a cherry color, classic cigar box and leather scent, medium body, and delicious pomegranate and cherry flavors. Excellent balance and a tobacco-flavored finish stamped this an outstanding traditional-styled wine.

At home, I opened two bottles of the Vina Sastre 1999 Pago de Santa Cruz Gran Reserva, and both were polar opposites of what I tasted at the winery. Both were bold purple with black pepper aroma and new oak scents of vanilla and black olive. These wines were fuller-bodied with very rich, ripe fruit flavors. Neither the color nor the structure of either wine changed during the 4 hours each was decanted.

These were New World-styled wines, and I wondered if they were made expressly for the American market- a practice little known among most wine consumers.

I spoke to both Jesus Sastre and importer Andre Tamers, who both said there is no American cuvee of 1999 Pago de Santa Cruz Gran Reserva.

Tamers attributes the differences to the evolution of the wine. And it is true that wines stored at the winery can be different from bottles shipped and stored elsewhere, which is why I always try to retaste the wines in our market.

Next week: Bodegas Aalto and Pingus. 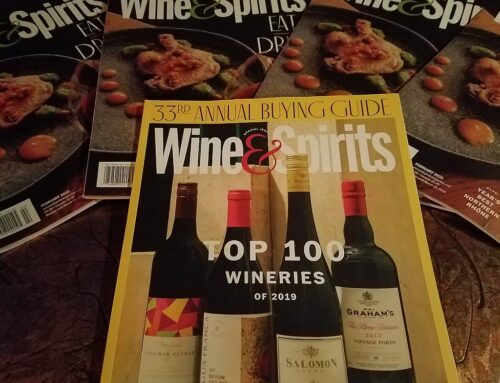 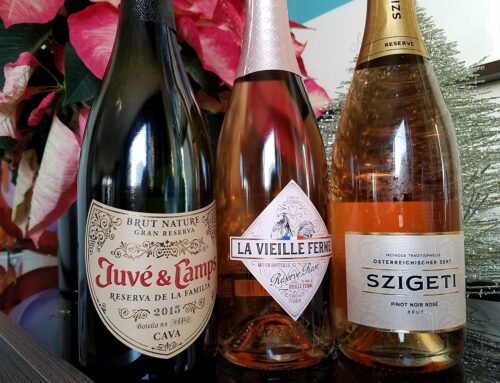