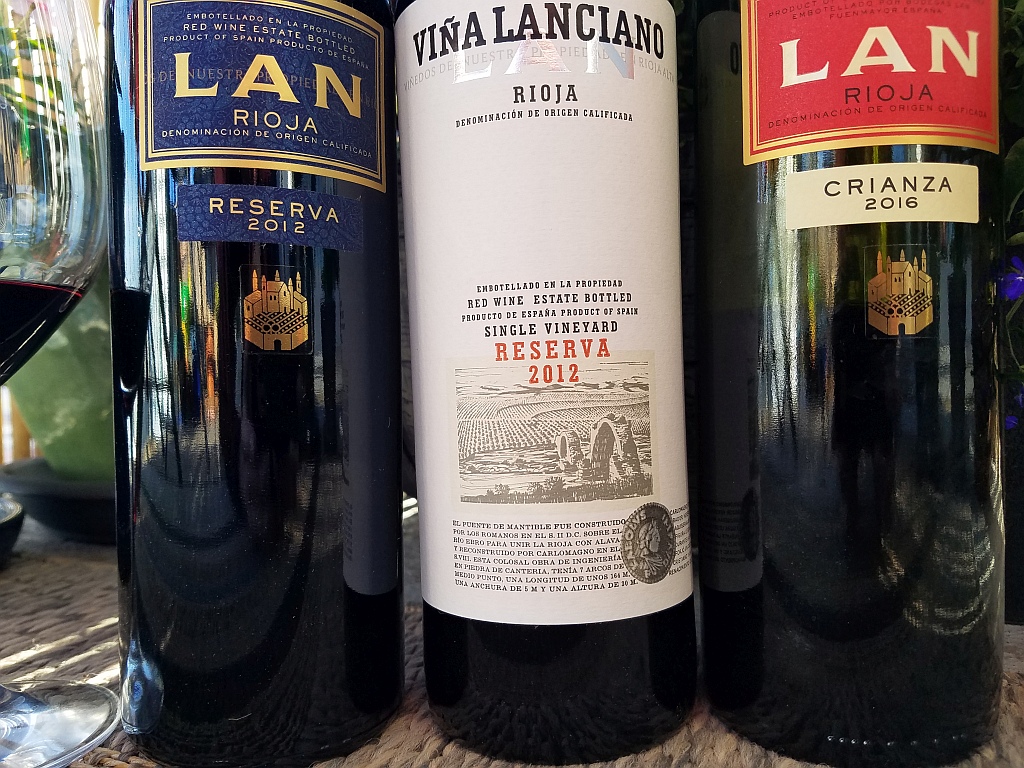 In 1102, the King of Navarre and Aragon gave legal recognition to Rioja wines, making it the region with the longest and most noble wine history in Spain. Here, winemakers traditionally would not sell a wine until they believed it was ready to drink. In the last century, as areas were granted appellation status, this custom was codified in the country’s aging regulations.

Rioja’s aging requirements are beneficial to wine consumers. For those without wine cellars, it makes it possible to purchase wines and enjoy them without further aging. And thanks to the tradition of making reserva and gran reserva wines only in the best vintages, wine collectors can cellar these wines for additional complexity. Add the reasonable prices, and you have every reason to want them.

Today, Rioja offers a taste of that historic winemaking and outstanding value, and the well-made wines of Bodegas Lan offer both. Founded in the early 1970s, Bodegas Lan—an acronym for Logrono, Alava and Navarra, the three provinces intersecting the Rioja region—was purchased in 2012 by Sogrape, Portugal’s largest wine company.

For everyday drinking, there is the 2016 Bodegas Lan Crianza with its soft, velvety texture, and cherry and red plum aromas and flavors. It requires nothing more than a glass and thirst; it will befriend roasted chicken with sautéed mushrooms, too. 88 points. Retail prices range from a buyer’s bonanza $10 to a reasonable $16.

The 2012 Bodegas Lan Reserva is made from grapes of vines more than 25 years old in the Rioja Alta and Alavesa, considered the two more desirable of the region’s three subzones. After its fermentation in stainless-steel tanks, the wine is aged for 18 months in barrels made of American oak staves and French oak heads. Lan created the hybrid barrels to extract the vanilla aroma and flavor of the Ohio and Missouri oak, and the spiciness and tannins from the oak of central France. Once bottled, the 2012 aged another 20 months to meld its parts.

In the glass is a smooth-textured, blackberry-scented and-flavored wine with a current of milk chocolate and hints of cloves and cinnamon. Harmonious, and instantly appealing, the Lan Reserva exemplifies the wisdom of Rioja’s reserva category. 90 points. Retail prices range from $16 to $26; good value is found at less than $20.

Vina Lanciano is a single vineyard in the Rioja Alta. The 2012 Bodegas Lan Vina Lanciano Reserva is a blend of 90% tempranillo, 8% graciano and 2% mazuelo grapes from mature vines planted in a pebble-filled vineyard of a former riverbed. After fermentation, the wine is aged in a mix of French and Russian oak barrels for 14 months, followed by 20 months bottle aging.

A pronounced maraschino-cherry aroma and flavor is laced with vanilla and allspice accents. The vineyard’s stony soil provides a mineral backbone, and tannins are intertwined with the abundant fruit. The Vina Lanciano is best served from a decanter and will be better with another year or two of cellaring. 90 points. Retail prices are $22 to $30.

Value runs like a river through Bodega Lan’s wines and Rioja in general. But really to be lauded here are the gracious, historic wines of substance that you can serve with pride.

nextChampagne and Sparkling Wines to Welcome 2021