Elvio Cogno the master of Ravera

Elvio Cogno the master of Ravera

In 1990, 53-year-old Elvio Cogno ended his partnership with the acclaimed Marcarini winery in La Morra and purchased a 27-acre farm that included a portion of the Ravera cru in Novello, one of 11 villages in Piedmont where Barolo is produced.

Cogno’s portion of the Ravera vineyard has south-facing slopes of limestone and sandy soils. With its amphitheater shape at more than 1200 feet elevation, the vines capture the sun’s rays throughout the day and the coolness of night, providing balanced fruit and acidity.

For the next 20 years, Cogno followed the traditional winemaking methods learned from his father and grandfather. He converted the existing granaries into a winery, and built a reputation for well-made Barolos and meticulous farming. In 2010, Cogno handed the reins to his daughter Nadia and son-in-law Valter Fissore, who worked beside Cogno for 25 years.

Today the couple is farming the estate organically (not yet certified), producing superb barolos from what is widely considered Novello’s finest cru. Despite the cold, rainy November day, I was looking forward to my visit with them for a tasting of their well-made nebbiolo wines.

We started with the 2017 Elvio Cogno Montegrilli Nebbiolo Lange DOC.  Fissore produced a very delightful and drinkable wine by employing carbonic maceration for about 40% of the nebbiolo grapes, a winemaking technique normally association with Beaujolais and gamay. Its translucent raspberry hue, cherry and strawberry aromas and flavors are outstanding. The Montegrilli has it all: Fresh, vibrant aromas and flavors, light on the palate and long in the finish. 91 points. Retail prices are a reasonable $28 to $38.

The 2015 Elvio Cogno Barbaresco Bordini Vineyard DOCG is made from 30-year-old vines and aged 15 months in large, used Slavonian-oak casks then six months in bottle. The brilliant cherry color and enticing raspberry and floral aromas foreshadow the savory raspberry and cinnamon flavors. The integrated tannins add balance and length. While enjoyable now, this harmonious wine will only increase its pleasure with four or five years of cellar aging. 94 points. Projected to arrive in our market in the summer. Expect to pay $45 to $55.

The 2014 Elvio Cogno Barolo Ravera DOCG is fermented in stainless-steel tanks and aged for two years in large, used Slavonian-oak casks followed by one year in bottle. This traditional, straightforward winemaking yields a brilliant translucent red color and the absence of new oak barrel aging preserves the pronounced raspberry and anise aromas. The palate is treated to very tasty cherry and strawberry flavors with currents of minerality and tannins running underneath them. 93 points. Retail prices range from $75 to $88.

Pernice means partridge in Italian and bricco is the Piedmontese word for the top of a hill. Both meet in the 2013 Elvio Cogno Ravera Bricco Pernice Barolo DOCG, named for the rock on the top of the Ravera vineyard where courting partridges build their nest.

The wine is 100% lampia, a subvariety of nebbiolo considered the most reliable and, therefore, the most popular. It follows the same winemaking as the 2014 Ravera. But the vintage and clonal differences are evident with the floral and red fruit aromas tighter and more closed than the 2014, and the ripe, red-fruit flavor more restrained on the front palate. In the finish, the raspberry, dried oregano, and tannins become expressive. This 2013 Pernice needs a few years of cellaring before it can take full flight. 92 points. Retail price range from $89 to $116.

When Elena Fissore was born in 1991, her parents planted a two-and-half acre plot in the center of the Ravera vineyard with rose’, the third main strain of nebbiolo. They named it Vigna Elena. Three years later, the toddler drew a picture of a chick, which became the symbol for this wine that is made only in exceptional vintages. The 2012 was such a year.

The winemaking for Vigna Elena differs from the other barolos: three years aging in Slavonian-oak casks followed by two years of bottle aging. The 2012 Elvio Cogno Ravera Vigna Elena Riserva, however, is translucent red with aromas of roses, raspberry, and cherry-tobacco rising from the glass, and raspberry and red-fruit flavors penetrating the palate. An elegant texture and a long finish concentrate the mind. This is a wine with longevity, depending on your cellar and willingness to let it age—certainly 15 years—and possibly 25. But for most of us, such discipline is lacking, so plan to enjoy it after decanting it for an hour. 94 points.  Retail is approximately $115.

Fissore’s winemaking preserves what Mother Nature has given in the Ravena vineyard. He eschews aging his barolos in new French oak barrels that would infuse his wines with a slick vanilla-texture and taste. And he avoids the extra-ripe grapes and long macerations that produce the dark, raisin-y barolos that have more in common with New World wines.

When you pour a glass of Elvio Cogno wine, you’ll taste the grape, the influence of the soil, the essence of that vintage. You’ll taste honest, clean, balanced, well-made wine that shows the intention and the vision of this winery. 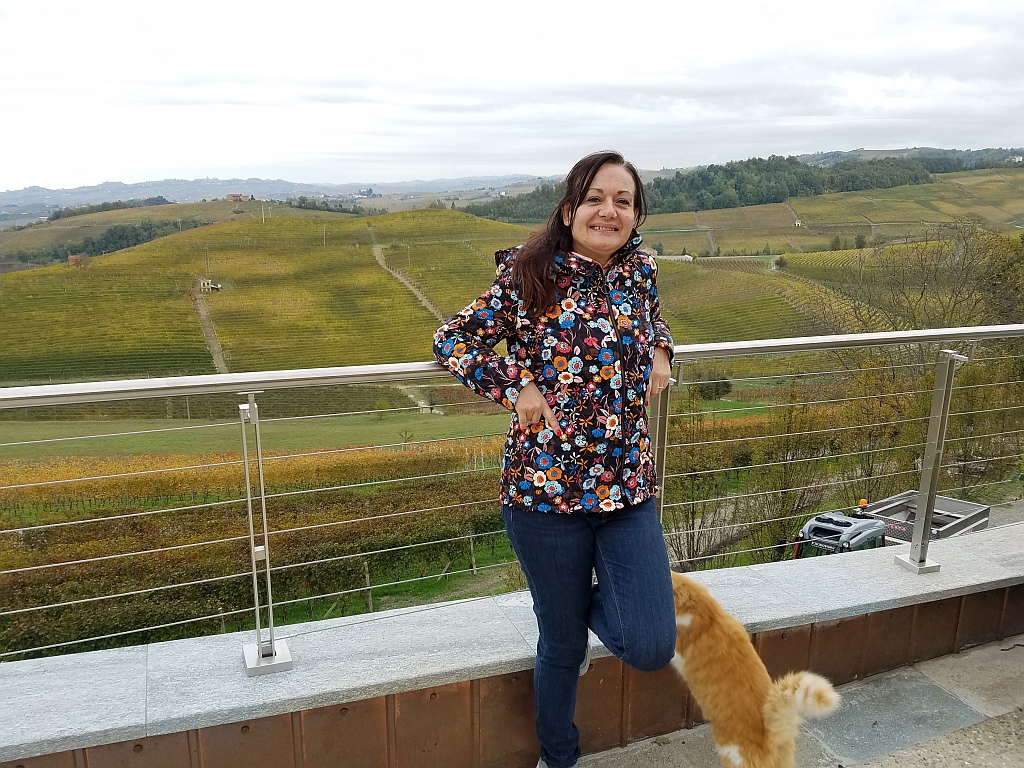 Prior articles in this series: