As the coronavirus pandemic enters its second year, dreams and fantasies are the windows for escaping the on- and off-again lockdowns. For me, Italy was among my top fantasy destinations this past year. As many of you know, my travels include an annual “fact-finding” trip for wines and another in which I share my discoveries with you.

It began with a glass of Frappato—a favorite summer wine—in the depth of winter. I wanted to see the bright cherry color flow from the bottle of the 2017 Cantine Settesoi Mandrarossa Frappato Costadune Sicily into the bowl of my glass. Once poured, cherry and raspberry fragrances wafted from the glass, recalling memories of summer lunches on terraces in Taormina. A line of acidity lifted the red-fruit flavor, and I day-dreamed how it would be served at my terrace table: befriending a sautéed tuna smothered with Italian black olives. 89 points. Retail price is $18 to $20. 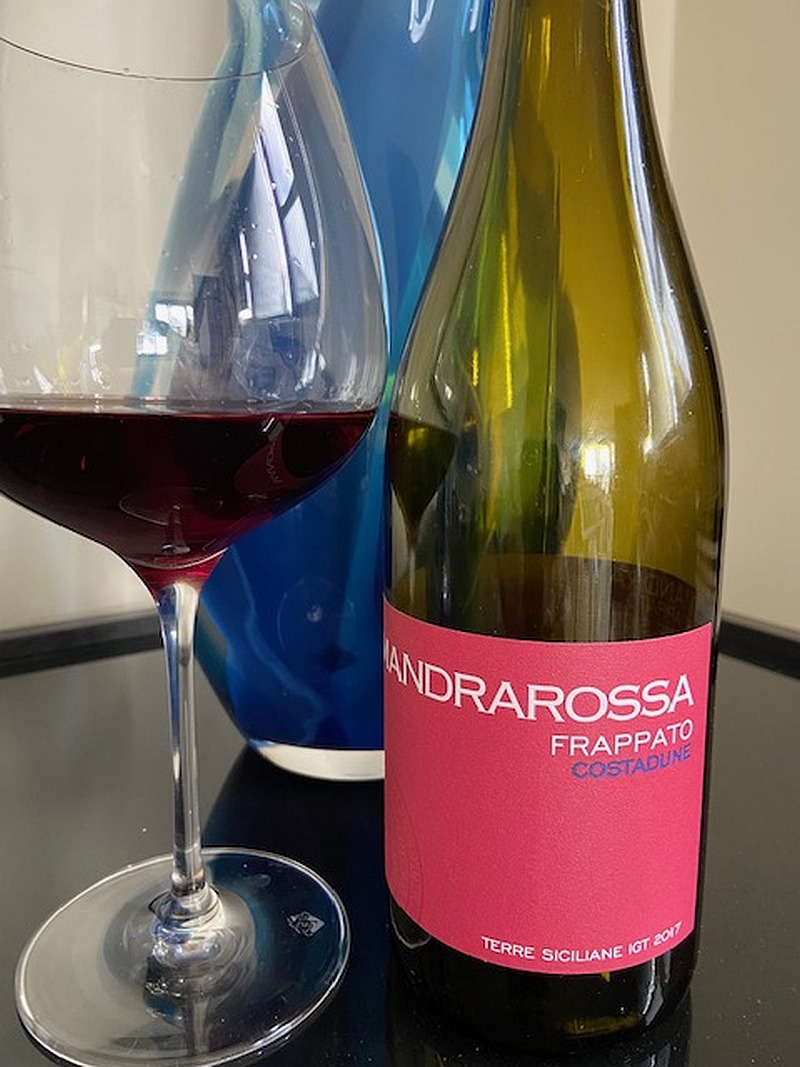 In February, when the snow was more than 18 inches deep and the sky steel-gray, it was easy to look at Frescobaldi’s 2017 Tenuta Perano Chianti Classico and imagine Tuscany’s rolling hills filled with green vineyards bearing bunches of purple grapes.

Tenuta Perano is on a hillside in Gaiole, a classic Tuscan village of terracotta-roofed farmhouses, residences, churches and castles. The 2017 Chianti Classico was born in a harsh winter of freezing temperatures, snow and rain. But the snow melt and rain were the source for the vines’ survival in the ensuing hot Tuscan summer. The crucible brought healthy ripe grapes led by sangiovese, making for a black-cherry colored and flavored wine. Noticeable tannins forecast longevity, while the tasty fruit compels you to enjoy the wine in the here and now. 91 points. Retail prices range from $20 to $27.

Gaiole is also home to one of Italy’s most historic estates, Castello di Brolio. Written records link the Ricasoli family and wine to Castello di Brolio in 1141. Fast forward to 1872 when Baron Bettino Ricasoli wrote the recipe from which modern Chianti Classico is derived: 70% sangiovese, 15% each canaiolo (red) and malvasia and/or trebbiano (white). This would remain the blend during—and perhaps contributing to—Chianti Classico’s degrading into a light, vacuous wine.

Francesco Ricasoli is the 32nd baron to own this historical estate and he is in full speed modernizing the winemaking, developing organic vineyards, charting every parcel in the 560-acre estate, all whilst maintaining the heirloom castle.

In 1995, the banning of white grapes ended the degradation of Chianti Classico. The same measure elevated sangiovese to a minimum 80%, with the remaining 20% permitted as canaiolo or cabernet sauvignon, merlot, petit verdot, or syrah. Producers were also given the option of a 100% sangiovese Chianti Classico

The new Gran Selezione classification was created in 2014 for Chianti Classico wines, with longer aging times—30 months of aging versus riserva’s 24 months—and restrictions on the sourcing of grapes, to be estate grown or from a contracted vineyard.

The 2015 Castello di Brolio Chianti Classico Gran Selezione would have been a riserva except for the one-year-old classification. The Gran Selezione blends 90% sangiovese and 5% each cabernet sauvignon and petit verdot. Ripe black-cherry and mild vanilla and soy fragrances are immediately appealing. Limiting the new oak aging to 30% allows the very flavorful fruit to be the center of attention, and the soft tannins permit the plum-like flavors to glide across the palate. 94 points. Retail prices range from $62 to $85.

Sangiovese is the most widely planted grape in Italy. Best known for Tuscany’s world renowned Chianti and Brunello wines, it is also the source of excellent wines in the neighboring region to the north, Emilia Romagna.

In the Romagnolo dialect, the grape is called sanzve’s, and was cultivated by monks in the Middle Ages. As in Tuscany, the grape often was grown in the wrong soils and over produced. In Emilia Romagna, Umberto Cesari began changing the region’s emphasis on quantity over quality when he founded his estate in 1964 in Castel San Pierto Terme, just outside Bologna.

The 2017 Umberto Cesari Sangiovese di Romagna Riserva is made of only sangiovese. Its aging in large Slavonian oak barrels and stainless-steel tanks delivers fruit-forward cherry and plum flavors laced with vanilla and toasted-oak accents. It’s ideal for enjoying with a bowl of pasta Bolognese. 90 points.  Retail prices range from a very reasonable $16 to $22.

As vaccines have the potential for opening the door to travel, your imagination’s window will be replaced with a plane ticket so you may enjoy these wines and many others at your Italian table.