Peace Corps and wine are not normally linked, but I managed to do just that last week during a trip to New York’s Finger Lakes region.

I was a Peace Corps volunteer in Jamaica from 1969 to 1971, and our group held a reunion at the Seneca Lake cottage of Jean Taylor, the wife of our late director, Mac Taylor. We shared stories of a time and place that profoundly affected each of us, and that reminded me of how the Peace Corps expanded my wine passion.

Peace Corps paid me about $112 per month. Not much of a beer or rum drinker, I took $36 of my salary each month and traveled to a Kingston wine shop, where I bought 24 half-bottles of whatever they had and returned to my house in Highgate, a mountain town about 30 miles away.

Given Jamaica’s hot climate, I put them in my refrigerator and drank one each night. This was decades before temperature-controlled wine storage units, and Highgate often lost electrical power, so no doubt I drank some damaged wines. But I considered each half bottle a privileged treat.

The reunion also provided the opportunity for my first visit to a few Finger Lakes wineries.

First I visited John and Ann Martini, who own Anthony Road winery. Before they bought the raw land in 1973 on Lake Seneca, John served in the Peace Corps, teaching English in Malaysia from 1964 to 1966. (I wondered if this was coincidence or karma? Did the Peace Corps god direct me here?)

For nearly four years, the Martinis lived in a mobile home with four kids, dogs and cats while they plowed the fields, planted the vines, and built their house and barn. Today, their son, Peter is the vineyard manager and German-born Johannes Reinhardt is the winemaker.

Reinhardt was educated and trained in German viticulture and winemaking, and the Finger Lakes’ climate and emphasis on riesling plays to his heritage.

I tasted Anthony Road’s dry white and red wines. All are well-made.

The 2010 Dry Riesling and 2010 Pinot Gris are made and aged in stainless-steel tanks. The 2010 Dry Riesling has an attractive floral scent and a delightful pear flavor. Mild acidity keeps the palate focused on the ripe fruit, and the low residual sugar and restrained alcohol brings the wine to a pleasing finish.

The 2010 Pinot Gris adds a lemony accent to its pear aroma. The tasty apple and pear flavors are supported by a soft acidity that leaves a pleasant fruit-filled finish.

Fox Run winery is less than five minutes from Anthony Road. Canadian-born winemaker Peter Bell learned winemaking in Australia. He worked there and in New Zealand before migrating to the Finger Lakes’ region in 1990 and has been the winemaker at Fox Run since 1995.

We started the tasting with the Fox Run 2010 Dry Riesling. Bottled only two weeks ago, it is a bit disjointed, but offered a mix of honeydew melon and gooseberry flavors. It has a pleasing tart finish and should be very enjoyable after six months or more of bottle aging.

Fox Run’s 2009 Riesling has 2.5 percent residual sugar making it sweeter than the Dry Riesling. Its floral aroma and peach flavor recalls the style of some wines from Germany’s Mosel region. Good acidity in the finish keeps it from being cloying.

The other Fox Run white wines also displayed craftsmanship, and my favorite being the 2008 Fox Run Reserve Riesling.

I tasted the range of Fox Run’s red wines but only the 2008 Cabernet Franc-Lemberger blend is in our market. (Lemberger is also known as Blaufrankisch in Austria and Central Europe.) Bell’s blending yields a cherry-colored wine with scents of cinnamon and wild herbs. It’s delicate on the palate with clove and cherry flavors that conclude in a short finish.

Anthony Road’s Riesling and Pinot Gris retail for approximately $15; both Fox Run’s wines retail for about $15. John Martini sells all the Anthony Road wines every Sunday at Union Square farmers market in Manhattan.

A patriotic toast for the Fourth of July

A patriotic toast for the Fourth of July 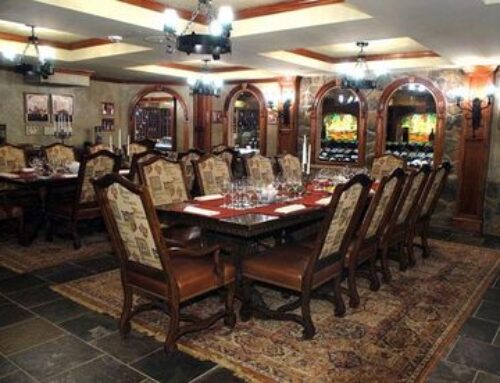